by Advent of Bedlam 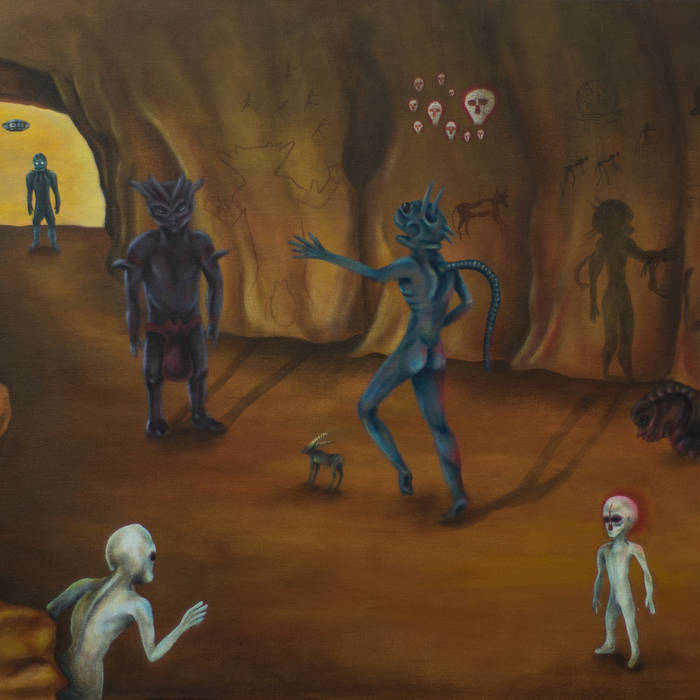 Recommended by VH1’s That Metal Show as “Costa Rica’s best metal export”, Advent Of Bedlam is a vicious in-your- face death metal band taking the genre by storm. On August 2016 the band made a furious comeback when releasing the single “Creatures of Yore”: a massive sonic journey through an ancient place called Tassili N’ajjer which is part of the UNESCO's World Heritage List.

These caves contain ancient tales about the climatic changes, the animal migrations and the evolution of human life, told by rupestrian art, drawings and engravings in a place dated 12.000 years old, where representations of ancient Gods, giants and powerful visitors are also present. Is the “Great Martian God” drawing found on one wall an outer powerful beings or is it just a representation of ordinary humans in ritual masks and costumes? Which is the real history?

Advent of Bedlam rebirths with the song “Creatures of Yore”, their most mature, powerful, fastest and fluent musical work accomplished in the band's 7 year career. Impressively tight and dynamic, showcasing an unique and elegant drum performance supported by the finest bass lines the band has recorded. The vocal performance stands out on it's own and is by far, the best and most brutal execution in the band’s history. Guitars are darker, deeper and highly complement the musical dissonance creating a mystical stereo swarm with the most extreme riff compositions from the band to date.

Advent of Bedlam is part of the Extreme Management Group roster alongside other notable bands in extreme metal like: Suffocation, Cattle Decapitation, Cryptopsy, Decrepit Birth, Origin and many more.

Deep down in the driest lands
Tales of wars, tales of ourselves.

Seeds of civilization,
An untold past,
Tyrants, heroes, kings and men.

Creatures of yore,
Ageless tales of life and death
Prototypes of gods

It´s in our nature to trascend ourselves.
Hallucination, Imagination, But Could it be?
a tricked mind or a portrait in time
Ignorant of our own roots

Different names, different times
Rounded masks, rituals? Could it be?

Riding on chariots of light,
ships from the sky.

released August 1, 2016
The single was recorded at Cavan Studio in Heredia, Costa Rica, by the band’s guitarists Isak Arroyo and Max Gutiérrez, this last one also mixed and produced the song “Creatures of Yore”. Isaura Vega from Arte Versus (Costa Rica) drew the artwork while the lyric video was edited by Andrés Carrillo from Pandemonium TV (Costa Rica).

Intense, bizarre and oddly melodious: words that define the unique act that is Advent of Bedlam, pure Extreme Metal hailing from one of the most promising, yet underrated Underground scenes in the world: Costa Rica. AoB has shared stages with acts of the likes of Amon Amarth, Behemoth, Dismember, Dying Fetus, Exhumed, Magrudergrind, Napalm Death, Obituary, Rotten Sound and Septic Flesh and others. ... more